I have a story to tell about two 1930 automobiles. Both happen to be barn finds. Most people never find one barn find – I have purchased two in my lifetime. 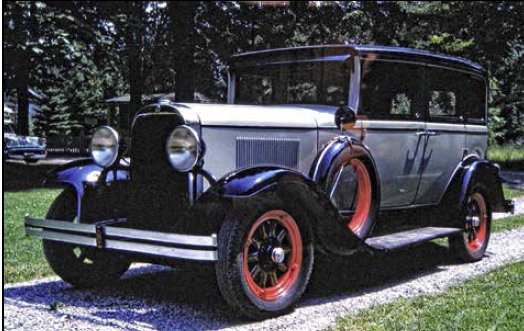 The first was my first car in Sherkston, Ontario, Canada in 1953. A friend of mine, in high school, told me of a 1930 Oldsmobile sedan kept in his father’s barn. The car had been there for several years and was covered in all kinds of dust and dirt. I purchased the car for $65.00—not being able to afford a Model A for 100.00.

My brother and I proceeded to clean the car from top to bottom and ran the engine for a few seconds with kerosene, to clean out the sludge. We painted it with brushable auto paint from the Canadian Tire Co. The Oldsmobile never let me down and I drove it every day, for three years, during high school. 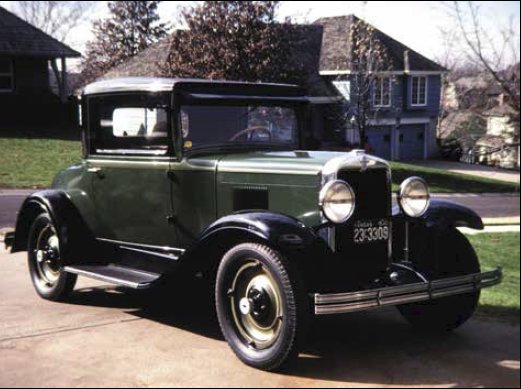 Now we move forward to 1969 and my second barn find. I found this car in Watford City, North Dakota – a 1930 Chevrolet coupe with only 12,400 miles on it. This car was only oxidized and all I used was Simoniz cleaner and wax by hand. Both cars were bought from their original owners. After buying the Chevy I drove it home to Minneapolis all one night and the next day. I was stopped by a North Dakota Highway Patrolman at 3 a.m. in the morning only because he wanted to look the car over, not believing a 39 year old car was traveling on his highway.

Many ACCA shows produced 1st place trophies with this 1930 Chevrolet. This car was pure original, needing nothing other than the wax job. I kept the Chevrolet for 22 years and never should have sold it. This was a very special car.