We love to drive our vintage cars!

A MESSAGE FROM OUR PRESIDENT

Right now, we are hopeful that we will have a full tour season in 2021. The trend seems to be in our favor that Covid-19 vaccines will be effective and the mutations will be controlled, also. Carol and I are excited to load the Dodge up and head for Tennessee and the Chrome Glidden. Reports are that the tour registration has gone well. A full tour would be the best thing that could happen for the VMCCA members. I am writing “for the members” not for our financials. Getting together and celebrating outweighs the profit objective by far. I believe Treasurer Elaine Johnsen will agree that having fun at a tour is the top priority even over profit. 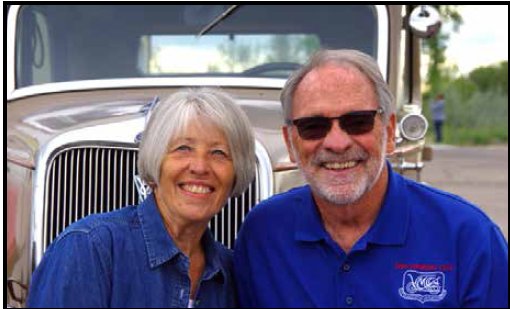 I want to report on the Officer election results. The election closed on January 31, 2021. Thank all of you for voting. The question usually comes up, “Why do we do this when there is only one candidate?” The answer is because our by-laws require an election of officers annually. The email ballot system has increased the number of votes cast by a large margin. This election there were 531 votes cast. All of the candidates were elected. Thank you to the returning officers for their continued service and welcome to our newly elected Technical Vice President, Alex West.

The Officer election for 2022 will be a bit different. We have the potential of 4 or more vacancies. These vacancies are created by officer retirement and by an officer moving to another position. There is really good news, we have two members who have committed to being candidates for two of the vacancies. We need other members to consider what officer positions they can serve in. I am encouraging you to consider the officer positions without regard to a vacancy. We know there are highly qualified and experienced leaders in our membership.

The Road Ahead Initiative committee is in the process of developing a survey. John Munoz, Executive Vice President, suggested that a question worded something like, “Would you be interested in holding an officer position and if so what position?” be placed on the survey. Our Officer recruiting cycle for 2022 and beyond starts now! So, I am asking the question now, how will you answer?

Carol and I are spending part of this winter at a resort in Arizona. It is a resort because of the amenities that are all included in the payment. I won’t list them, but there is something for everyone every day. It is a community for people age 55 or older, we qualify. There are many full-time residents as well as snowbirds. In just a week I have met four people who have their vintage cars here. All four of these cars are modified, street rods, or show cars. While chatting with these owners I found one thing in common. They all liked the idea of touring like we do. Each one told me about the car they wish they still owned that they would love to drive today. The point is, don’t let the car you see influence your decision to talk to or not to talk to the driver/owner. The copies of the Bulb Horn I brought along are all being circulated among them. They just might be interested enough to check us out further. I will be following up with more Bulb Horn magazines and keep looking through the neighborhoods.

See Ya Down The Road!